I make it no secret that my husband battles depression. The stigma that surrounds this illness is often unjust and completely wrong. Our marriage was often toxic before my husband was diagnosed with Severe Depression Bi-polar Mania. Since he reached out and sought medical help our marriage is hugely improved. Sure, we are regular people who disagree and argue, but now he can sort through what he is feeling versus what a chemical imbalance is telling him to feel. We now work through any trial and tribulation as a team. It’s truly beautiful.

Let me give you some bullet point backstory here…

At the beginning of this year, we went to a Couples Dinner with our church. That night we renewed our wedding vows, you can imagine where the rest of the night went. Miracle above all miracles we discovered that we were expecting. I wasn’t keeping close track however, I was ovulating that night. We conceived our precious child and we both felt elated!

A beautiful end to a great story, right? Partially. Towards the end of our first trimester, my husband received another bout of not so good news. At one of his checkups, they found he had elevated Liver Enzymes, far above where they should be. One of the biggest factors in increased liver enzymes, his depression medicine. For the interim, his doctors wanted to take him off his medicine and see if his levels drop back into the normal range. Luckily, we had just started his move to a different psychiatrist, and therapist for his depression. We were also in a place in our marriage where we have been sharing and communicating daily of his struggles and mine. At the start of being removed, he did well while still detoxing from his medicine. Then it started to affect his motivation, and the ability to wake up easily. The last thing it affected was his joy in things. I know how happy he truly was but the horrible part for him is the disconnect that happens to him.

We found out our baby’s gender and he said nothing. It was a simple fact to him. The impact his detachment had on me was intense, due to the pregnancy hormones. I wanted him to react how he had when seeing our baby the first time. I wanted that awe and wonder that I knew was inside of him, but his depression kept it from surfacing.

I’m not typing this for pity or attention to myself but for awareness for those with depression and pregnant, or those who are pregnant with a depressed significant other. My own hormones had my emotions raging that he didn’t care anymore. I knew that this wasn’t the case. I would have to talk to myself repeatedly about the truth of this illness. I needed to be the understanding one at a time when my own emotions were compromised.

Patience isn’t always a virtue but loving someone is. Loving someone where they are is something I can easily do, I’m sure you all feel the same way. If you are expecting, you know how to love; if your partner is expecting you know how to love. With so much death being caused by this illness we can’t allow our loved ones to go into battle alone. The risk is too high. We all may not be able to connect or even feel adequate to help, constant reassurance that we are there and willing to go into battle however they need is vital. If anything, watch for triggers and avoid them for the time being, find ways to talk without making them feel as though they are wrong in some way. It took years and I am still fine tuning, but I have learned a clear majority of how to help my husband communicate and work through his depressive thoughts. 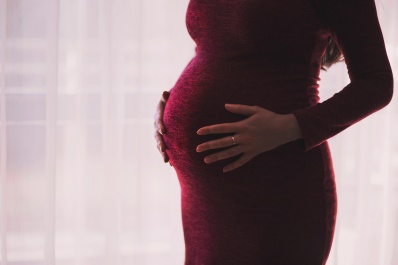 My positive aspect? My husband has been put back on his medicine at a low dosage. Just the other night he came into the bathroom and saw my belly after my bath. He had awe in his eyes as he exclaimed that his child was in there. How he couldn’t wait to meet our baby. Well, he could wait but he was so excited and wondered who they would be. I told him I had been waiting for his reaction because he hadn’t shown that kind of interest in the last few months. His only answer was that he hated depression.

If you or a loved one is dealing with any type of depression or another type of mental illness please seek help. If you feel it would be helpful, reach out to a therapist for ways to best help a loved one suffering from this disease.

View all posts by theporcelainfox